Less is more. That's probably the only thing the diffrent types minimalists has in common. Minimalism is a word that's been thrown around in alls sorts of contexts. But basically it's all about be MORE with LESS. Focus on the important aspects of life. What are your top priorities? 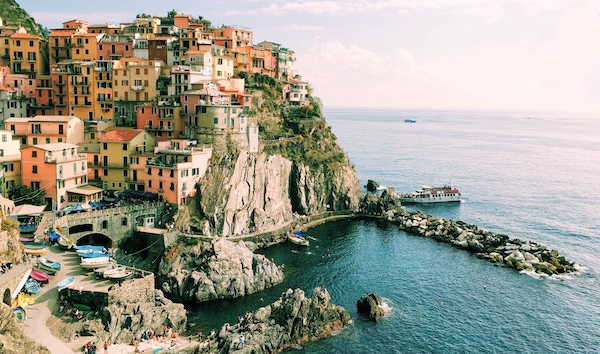 Minimalism is in everything. Minimalist design, minimalist interior, minimalist homes, minimalist clothes. But there is a group of minimalist that has been around since the beginning, travelers!

A few weeks back we published a post, The Adventure Travel Story, we interviewed more than 20 travelers to find out more how travelling has impacted their lives. Interesting stories, as most of them are actually embracing a minimalist lifestyle because of travel. The more they explored - The less they needed.

In order to get your head around it, we made a beginner's guide to get you started.

The best thing with being location independent doesn't necessarily has the amount of travelling, instead it's the ability to find other opportunities far outside your territory. We have listed a few jobs you can do without being tide-up to a specific place:

A minimalist approach will keep you lighter and more mobile on your adventure. You should try it next time.

Most important: Use a pack list and pack in advance.

Backpack (cary-on size)
If you're going to be traveling around a backpack is a far better alternative then luggage on wheels. Just imagine the hazel carry that luggage around on dirt-roads, beaches and stairs.

Small Daypack
When traveling/flying - for your most valuable belongings and easy to reach, such as passport, laptop, camera, headphones and other personal items. When exploring/sightseeing - bring only the stuff you need.

Packing Cubes - Keep your backpack organized. Super easy to pack/unpack, you'll never experience a mess of clothes again.
Sarong - Multiple-purpose "accessory". It can be used to give shade, as a towel, as a bag, as a blanket and much more.

For more inspiration about how travellers can change the world, head over to our friends at Rome2rio for more.

A Gift Guide For Adventurers

Things to buy, keep, love & pass on. Wondering what to buy for an avid adventurer and from which companies? Perhaps you yourself are a traveller, a wanderer and someone who thrives on nature. We have teamed up with some incredible brands to bring you the ultimate gift guide. This gift guide has all the brands an adventurer would love to receive gifts from. These brands create products that stand the test of time, get better with age, can take a good beating from repeated use and gifts you will grow to love so much, you will feel blessed to pass it onto loved ones.

Travelling is exciting - new experiences open up new horizons and sometimes make such an impact that entirely changes the way the traveller thinks about the world. It can be the best way to eliminate “prejudice, bigotry, and narrow-mindedness” as Mark Twain put it. But there is a catch! Have you ever thought about the carbon footprint you leave behind when you travel?

Jumbo Mountain has a story, a tale to tell. Somewhat unknown to us in Europe, but for the locals of Jumbo glacier and those living in the area, the question of this "resort" no matter what side you are on, is everything. The development plans for this resort for some mean innovation, jobs and expansion and for other it means the destruction of the environment and native land. Thrillism wants to bring the story from both sides to you.

Fight or Flight: An Interview With Air Zermatt

If you spend any time it the backcountry, anywhere in the world, skiing, hiking, climbing etc then you need to read this article.  That's why we wanted to touch base (pun intended) with the incredible folks at Air Zermatt, where their unmissable red helicopters are flown over our favourite mountain with a knowing and watchful eye, leading us to a massive amount of curiosity about the work they do and how meaningful it is to all of us who are passionate about the mountains.