Thrillism teamed up with Global Shots to learn more about the untold story of the French mountain rescue team of La Clusaz. Global shots tell the story of the trails and tribulations of the mountains, skiing, powder, people and more.

Founded by Jay Haysey and Bethany Mercer in 2009, GlobalShots is a photography and videography company specialising in travel, outdoor lifestyle and adventure sports. Based on the Isle of Wight, GlobalShots has made its name producing refreshingly different content for athletes and brands all over the world, including Snow+Rock, Puma, Land Rover, Cotswold Outdoor and Salomon.

Jay and Beth have a deep affiliation to the mountains and nature and through this passion, they began a very interesting series entitled "Beyond The Piste". You will also see some incredible portraits of the ski patrollers themselves, faces that tell a story, have a hidden past and faces that have seen the almighty power of the mountains first hand. Between the stories, the portraits and the landscape shots, so impeccably captured by global shots, we get a unique insight into life in ski patrol. 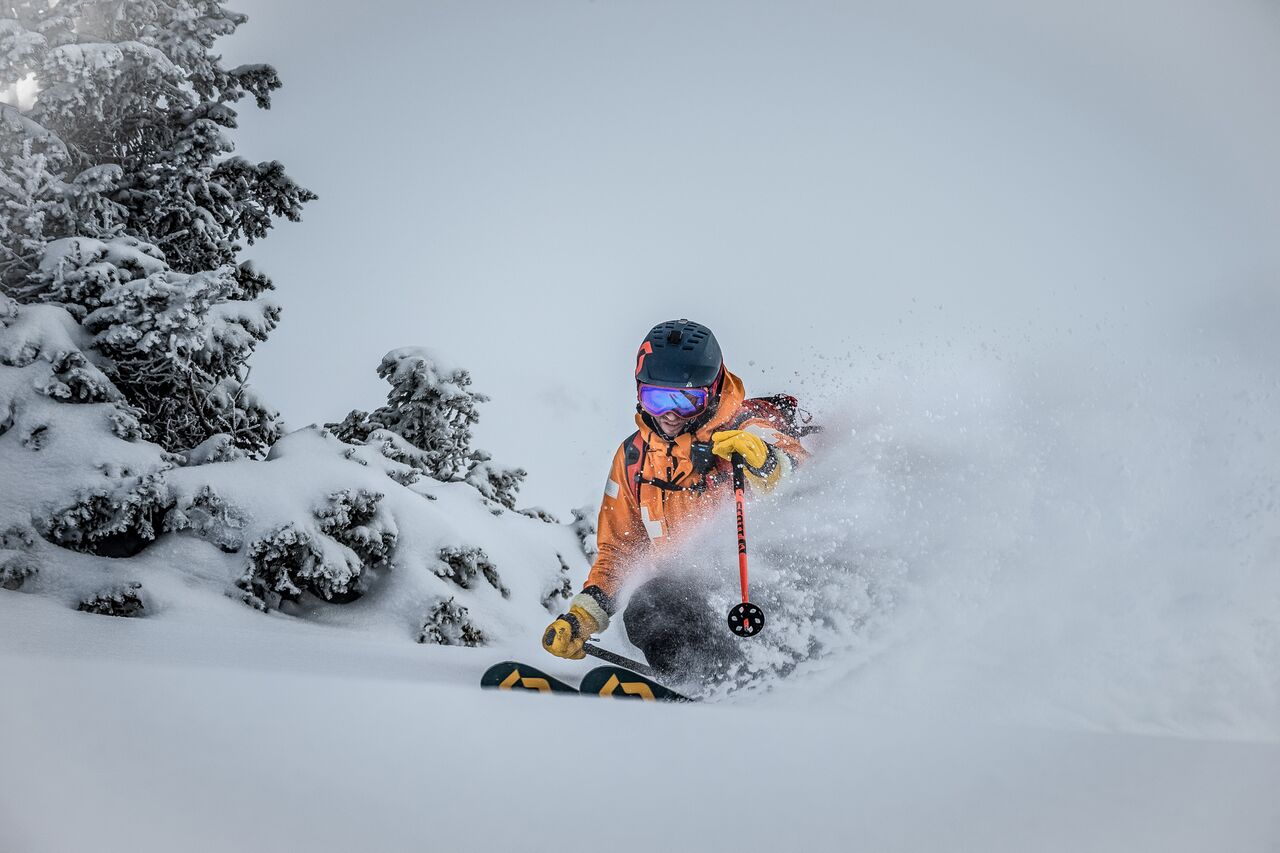 Beyond the Pistes documents the lives of the ski patrol in the French resort of La Clusaz, offering an insight into the real people who keep the mountains safe. The film will be released on February 18th 2019 on the GlobalShots Facebook and Vimeo pages. See www.facebook.com/globalshots and www.vimeo.com/globalshots.

Twenty-nine-year-old Elsa Gallay, one of the two female patrollers, also features, along with Neal Quenet, the team’s youngest patroller at just 22.

Ski Patrol Portraits is a collection of photographs of 18 members of the Pisteurs Secouristes (ski patrol) from the charming French ski resort of La Clusaz. 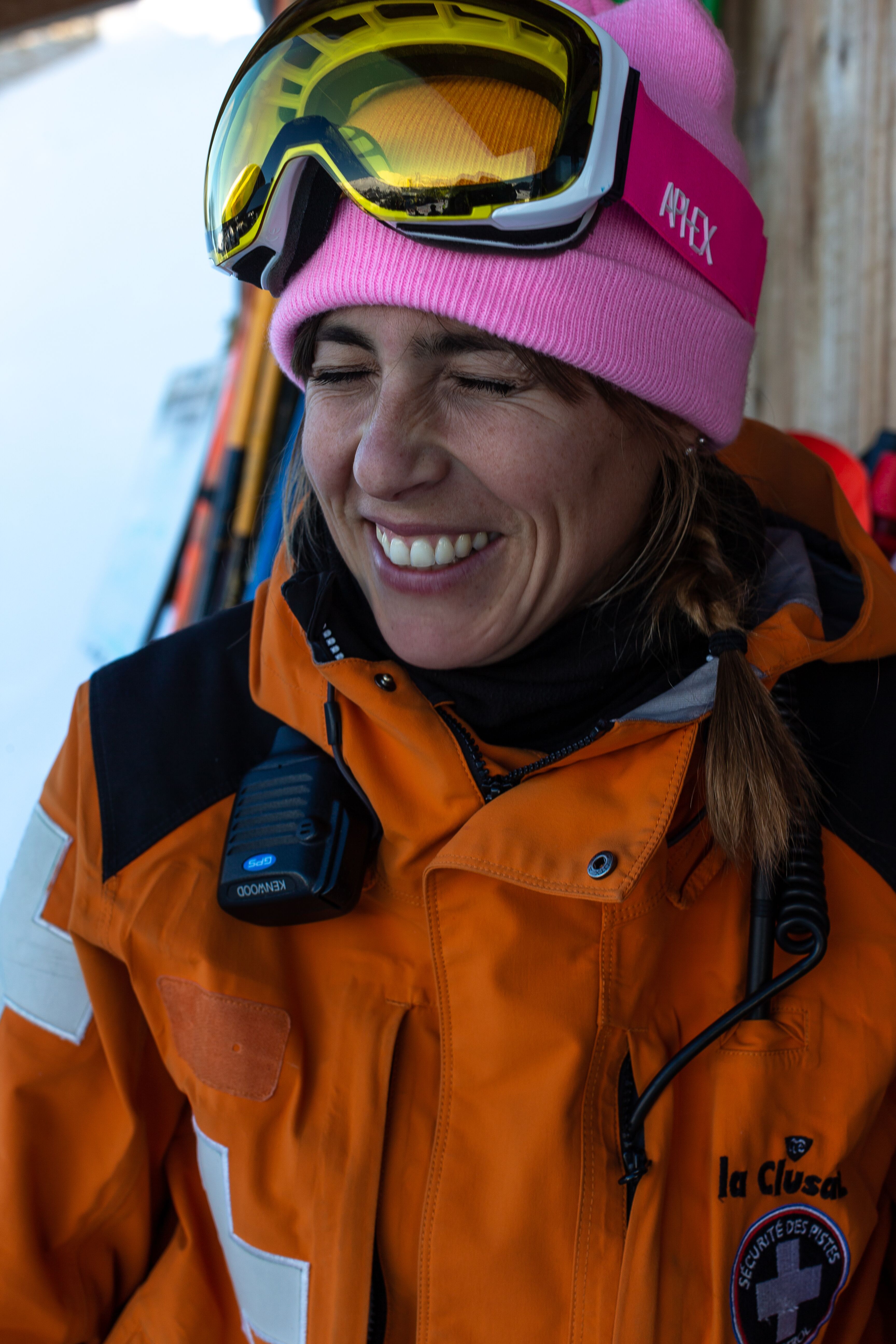 The behind-the-scenes photos were shot during filming for a new GlobalShots documentary, Beyond the Pistes, to be released on 18th February 2019 on Vimeo.

The short film follows the La Clusaz ski patrol as they carry out day-to-day tasks to ensure safety on the mountain, including preparing the pistes for skiers, avalanche blasting and search-and-rescue training.

Filmed in an organic style, and unlike existing ‘day-in-the-life of’ videos, Beyond the Pistes offers an original insight into the life of a ski patroller, capturing the real people behind the goggles, and their passion for the job. 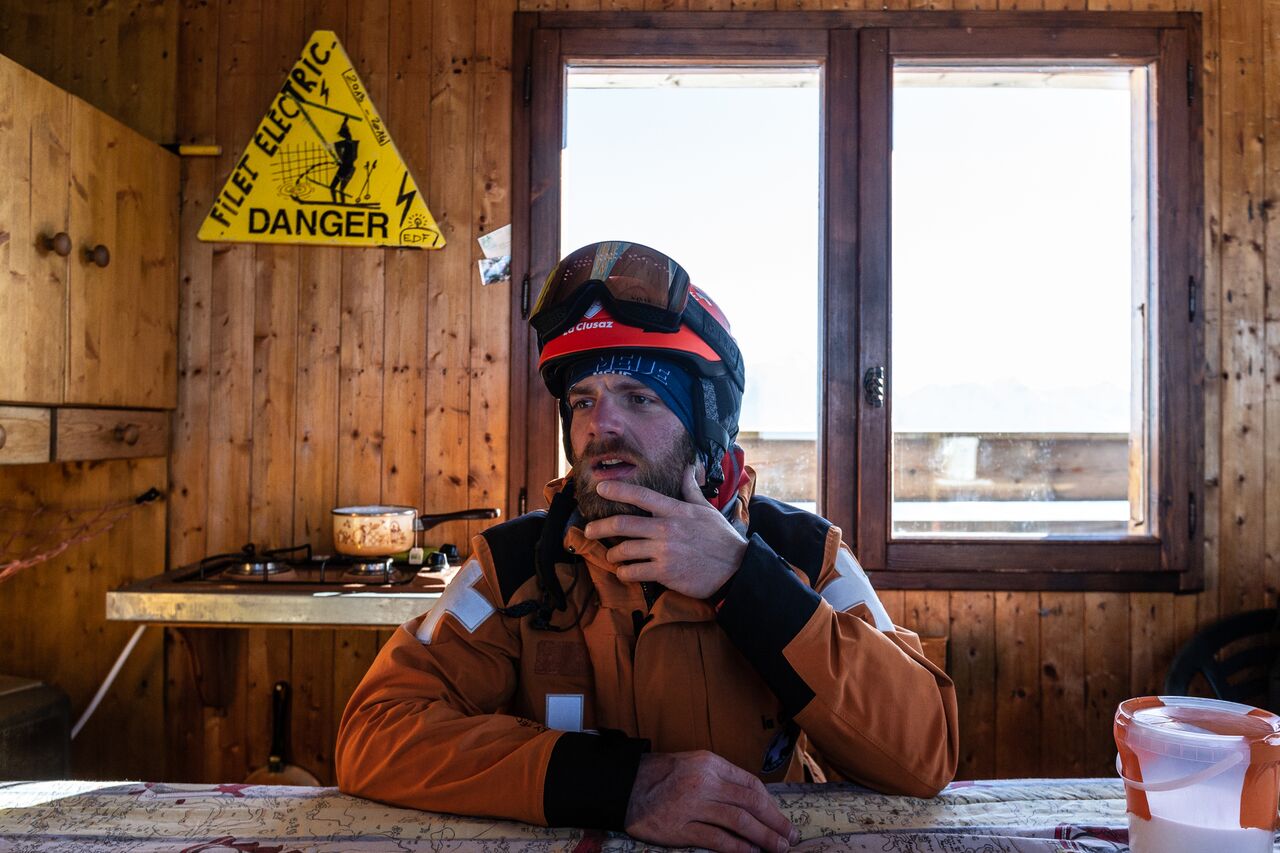 The 38 team members, whose ages range from 22 to 64, work in four smaller crews to cover the four ski areas in the resort, which has 77 miles of slopes.

In 2018, the team dealt with 695 accidents requiring the use of the emergency sled, or ‘blood wagon’, to transport injured skiers off the mountain.

At 61 years old, Bruno Vionnet-Fuasset, is one of the most experienced members of the La Clusaz ski patrol with 30 years in the job under his belt. His face is one of 18 captured in the Ski Patroller Portraits series. 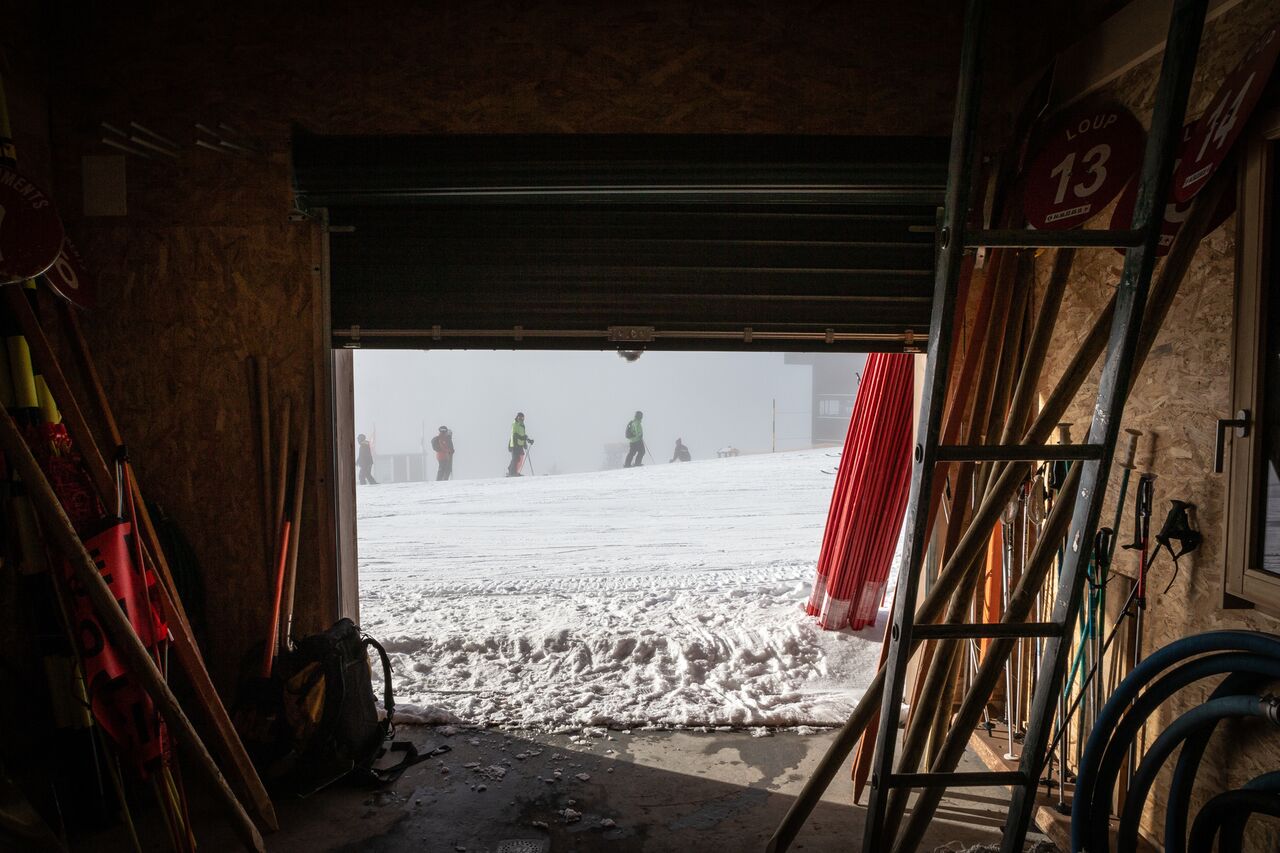 Another shot shows Pierre Hudry-Clergeon, a 29-year-old who accomplished his dream of following in the footsteps of his father, also a ski patroller.

The series also includes a portrait of dog handler Nicolas Coutelle and his three-year-old Belgian Shepherd, Loustic, who plays an invaluable role in rescuing avalanche victims. 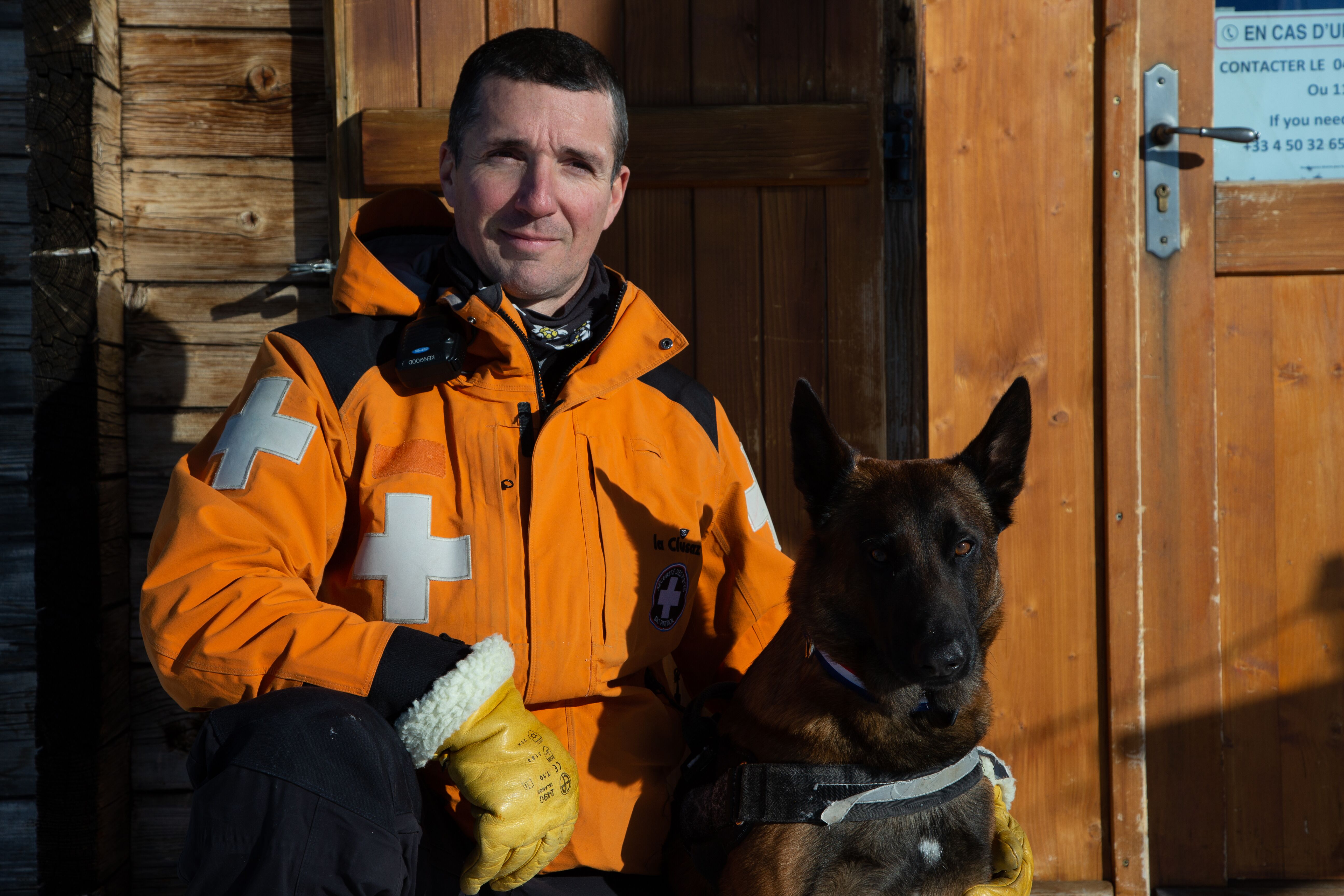 Bethany Mercer, Creative Producer at GlobalShots, said of the ski patrollers: “They are all true people of the mountains – no fear of the cold or wilderness, or of the risks involved in their job. I hope the Ski Patrol Portraits series shines a light on the real people that keep our mountains safe – people that many of us may not even know are there.”

Jay Haysey, Filmmaker and Photographer at GlobalShots, added: “The ski patrol is a close-knit team, but made up of very different personalities. It was important for us to capture the individual personalities on camera. We spent time getting to know each patroller before taking their portrait so that the different characters shine through in the photographs.” 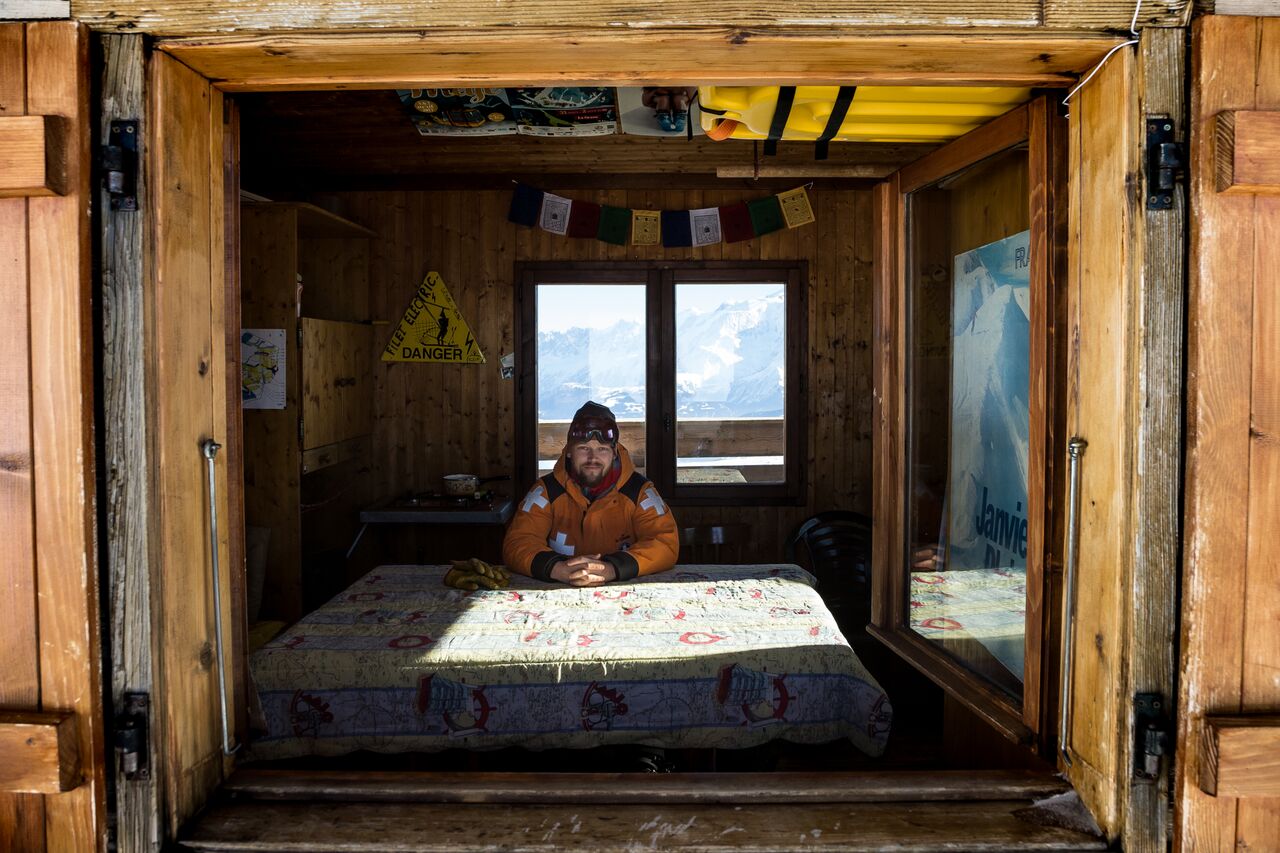 We are counting down to the 18th now as we are so excited to see the final edit which we will be sure to share with you adventurers. Watch this space to learn more about our new friend's Global Shots and for more stories from the mountains this Winter. In the meantime follow Global Shots on Instagram.

Surfing in Portugal: 5 Must Surf Waves Along the Portuguese Coast

The southern European country of Portugal isn’t just known for its authentic culture and tasty port wine. Portugal is a surfer’s paradise. Click to read and discover 5 Must Surf Waves Along the Portuguese Coast.

We have been truly inspired by Powder Magazine and their series entitled "Passing Through", they visited some fantastic places in USA and we dreamed of the chance to experience some of these very destinations for ourselves. Click to read more. . . .

The Most Romantic Destinations For Snow Loving Couples

Valentine's day is creeping up rather quickly and what says romance more than a Valentine's adventure in the Alps. A perfect time of year for the snow, the quiet slopes and for lovingly kissing your significant other at the top of a viewpoint whilst pretending you’re not freezing and secretly wishing for a spa and glass of red wine. Sound dreamy? You will gain top partner points, so I will do the hard work and give to you the top 10 most romantic ski destinations- thank me later.

Untold- The Story Of The French Mountain Rescue Team Of La Clusaz. THE OFFICIAL TRAILER

Thrillism teamed up with Global Shots to learn more about the untold story of the French mountain rescue team of La Clusaz. Global shots tell the story of the trails and tribulations of the mountains, skiing, powder, people and more. We got our hands on the official trailer. . . watch it here now and get stoked for the full movie, dropping next week!