The southern European country of Portugal isn’t just known for its authentic culture and tasty port wine. Portugal is a surfer’s paradise with nearly 1,800 kilometres of coastline exposed to the powerful waves of the Atlantic. Out of all of the surfing in Europe, Portugal is the ultimate destination to put board to water.

Surfing in Portugal brings pro surfers from all over the globe; some of the most impressive world records have even been broken on Portuguese waves. If you’re a beginner surfer, don’t let this keep you from testing the waters here. There are tons of surf spots throughout the country for both pros and novice surfers to enjoy.

Anywhere along the coast offers up plenty of wave-riding opportunities, but there are a few waves you don’t want to miss. These 5 destinations don’t just have the best surf, but each one brings something new to the table during a trip to Portugal. 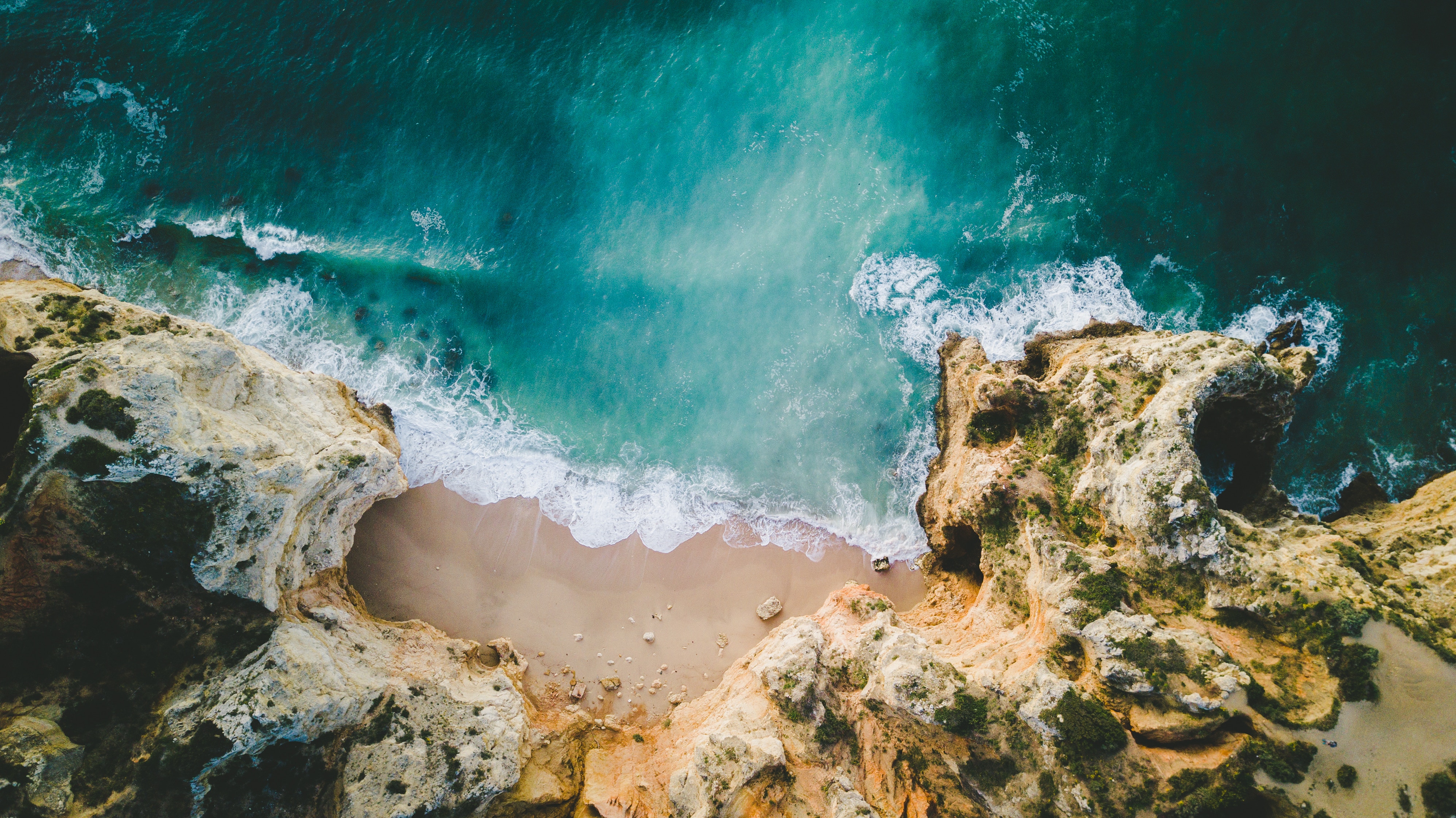 The main perk of surfing in Lagos is that the area is home to the warmest waters of Portugal.  Located in the southernmost region of the country, Algarve, which is home to dozens of surfing beaches - and some of the best ones at that. You won’t find much in terms of huge waves, but the easy-to-ride rolling waves are great for beginners. 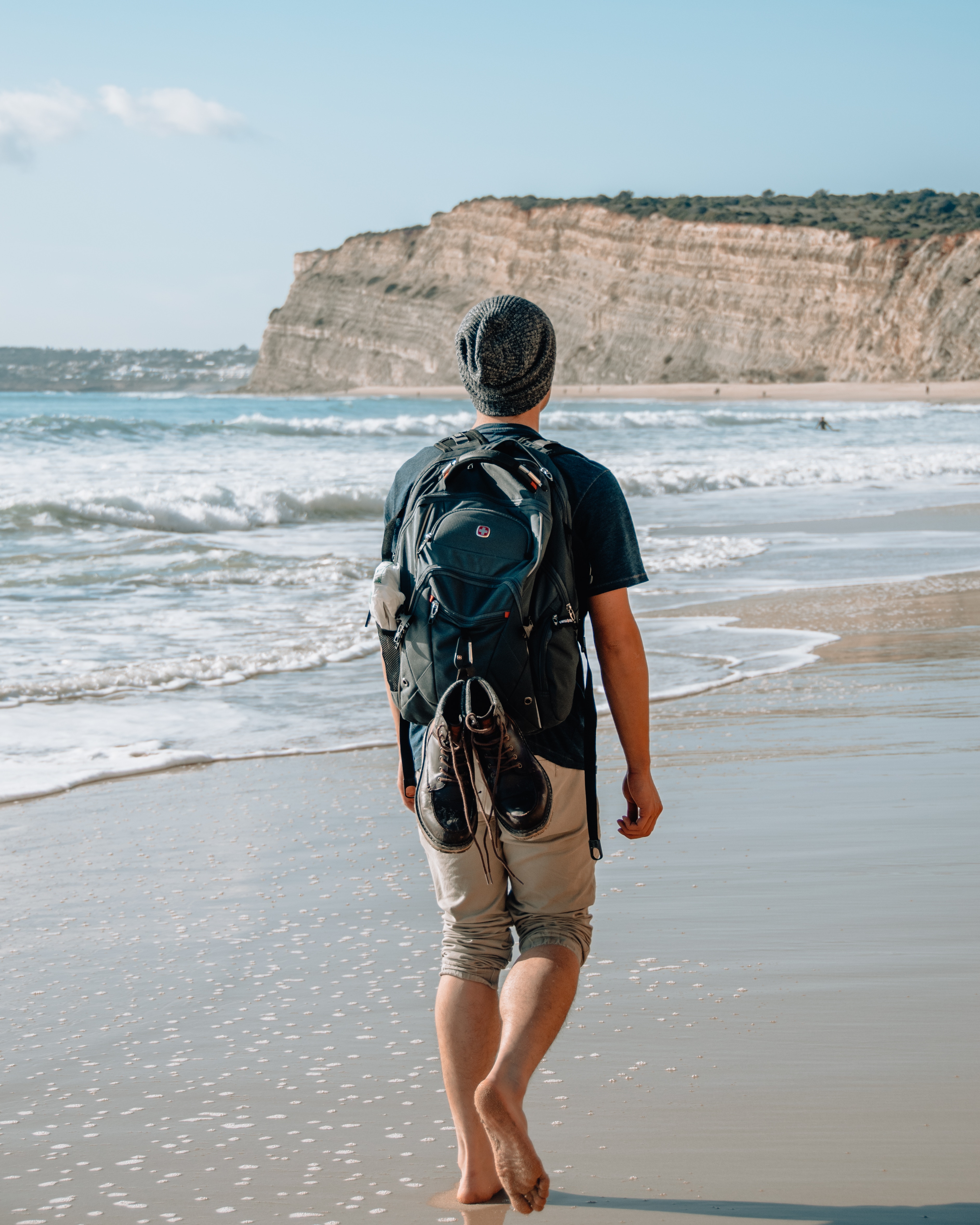 The Best Destination for History-Lovers

Apart from visiting a surfcamp in Algarve, checking out the historic city centre of Lagos is a must. This centuries-old maritime town played a key role in the history of Portugal. You can explore buildings still standing from the 16th century; the best place to do this is in a park called Jardim da Constituição.

Lagos is one of those places that anyone can enjoy. It has history, great waves, and natural wonders like Ponta da Piedade, which is one of the most visited outdoor attractions of the country. You’ll understand why Ponta Da Piedade is so popular as soon as you set your sights on the dramatic limestone structures throughout the turquoise waters.

If you’re hoping to go surfing in Peniche, your best bet is to fly into Lisbon and make the short drive north. Once in Peniche, you have no shortage of waves to choose from. Any surfers with a bit of experience under their belts need to head to a spot called Supertubos. There’s a good chance this name sounds familiar since it is one of the most well-known breaks in all of Europe. 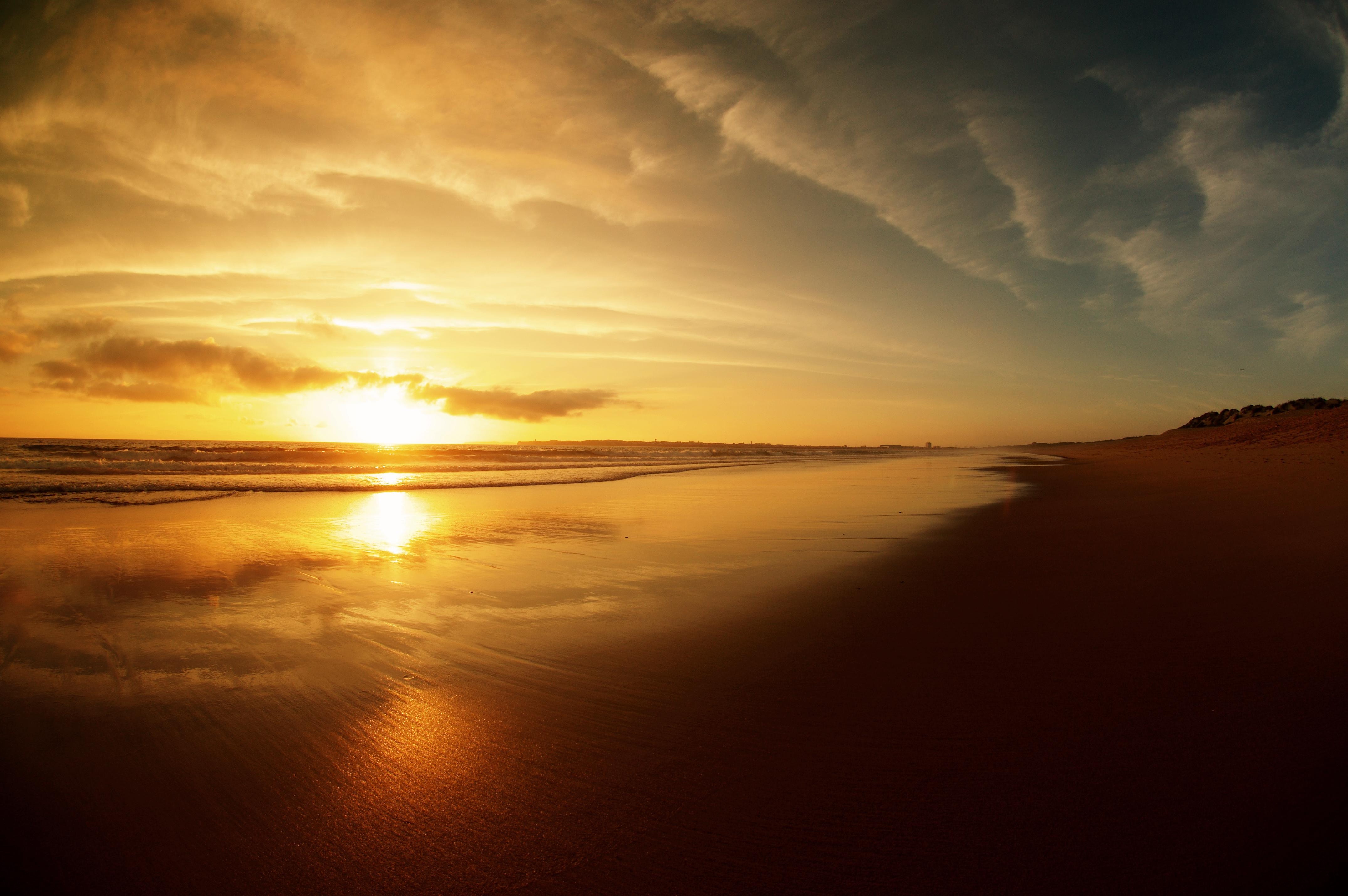 The Best Destination for Beachside Accommodations

After a long day out on the waves, you’ll want a comfortable place to chill for the evening. Peniche has plenty of accommodations to choose from, including cozy beach bungalows, homey AirBnb’s, and luxurious hotels. Surfers on a budget can pick from a handful of top-rated hostels.

One of the most loved hostels in Peniche is Next Level Surf Camp. Just as the name suggests, this hostel/surf camp combo is next level. It has a social atmosphere, beachy vibes, and it’s less than 100 meters from the water (and only 5 minutes walk to the famous Supertubos). 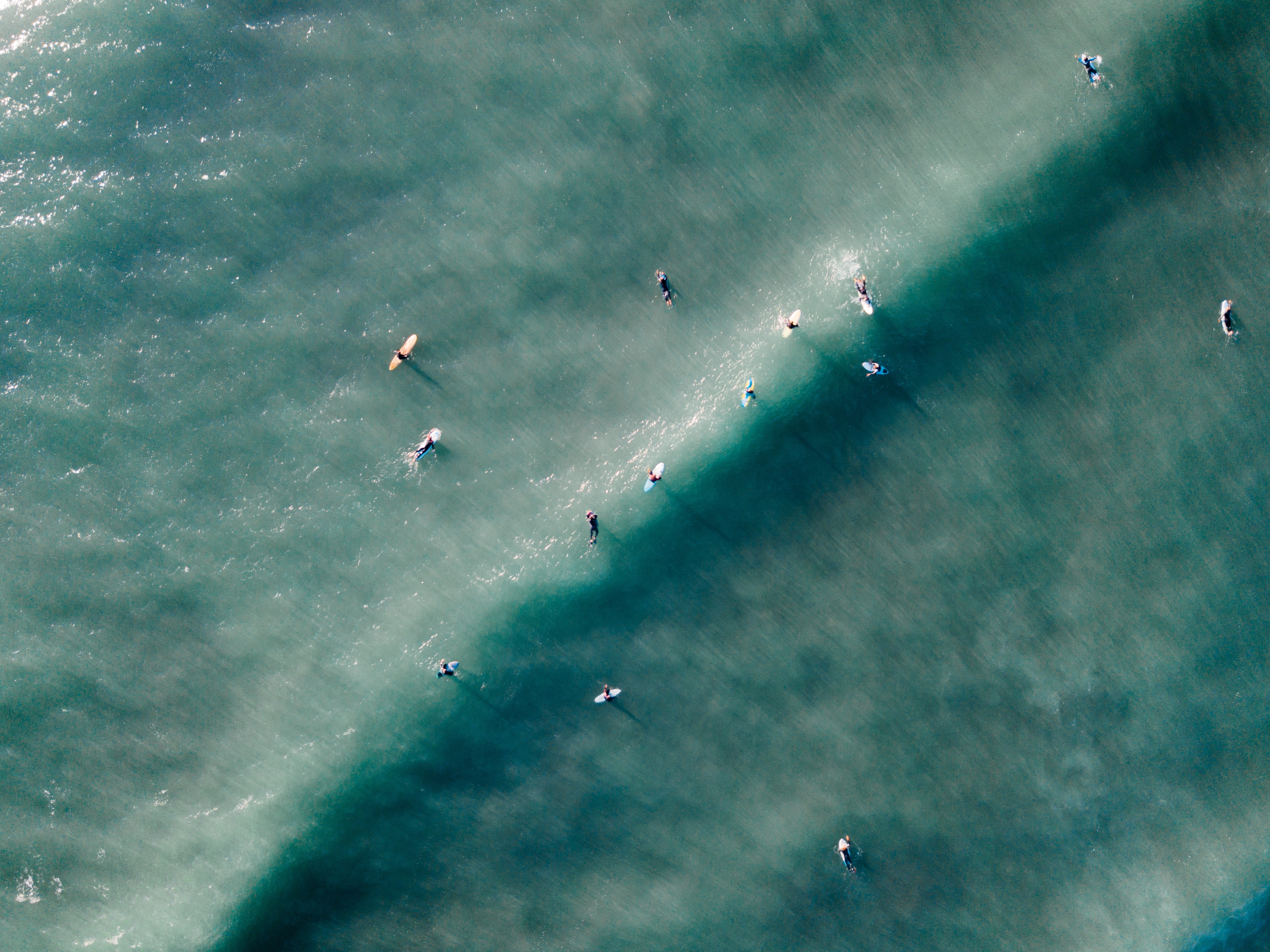 The drive from Lisbon to Ericeira doesn’t take more than an hour, making this the ultimate surfing spot for locals of the nation’s capital. Tourists in search of an Ericeira surf school won’t have difficulty finding one, but deciding on one is another story.

Surfing in Ericeira is the thing to do; some even refer to it as the surfing capital of Portugal. Ericeira is a member of the Save the Waves Coalition, which works to protect the best surf spots and most beautiful coastlines around the world.

It’s normal to develop quite the appetite after spending the day in Ericeira surf. In addition to its natural beauty, Ericeira is known for its top-rated seafood restaurants always serving a variety of fresh catches. Of course you can also find an array of multicultural eateries, but seafood is the top choice for hungry locals and travellers in Ericeira.

One of the best spots to gorge on a seafood dinner is at Clube Naval da Assenta. It is literally a fisherman’s club, so you can expect fresh fish to be a staple of Clube Naval. You’ll be greeted by the owner himself, just before he tells you all about the mouthwatering grilled swordfish and the popular octopus salad.

This small town is just southwest of Lisbon, about 30 minutes by car. Surfing in Cascais is the main activity, and the area is host to several world-renowned surf competitions. Praia do Guincho beach near Cascais is where people come to experience nature, both in and out of the water. The area is essentially untouched by man since it is on the protected land of Sintra-Cascais Natural Park. 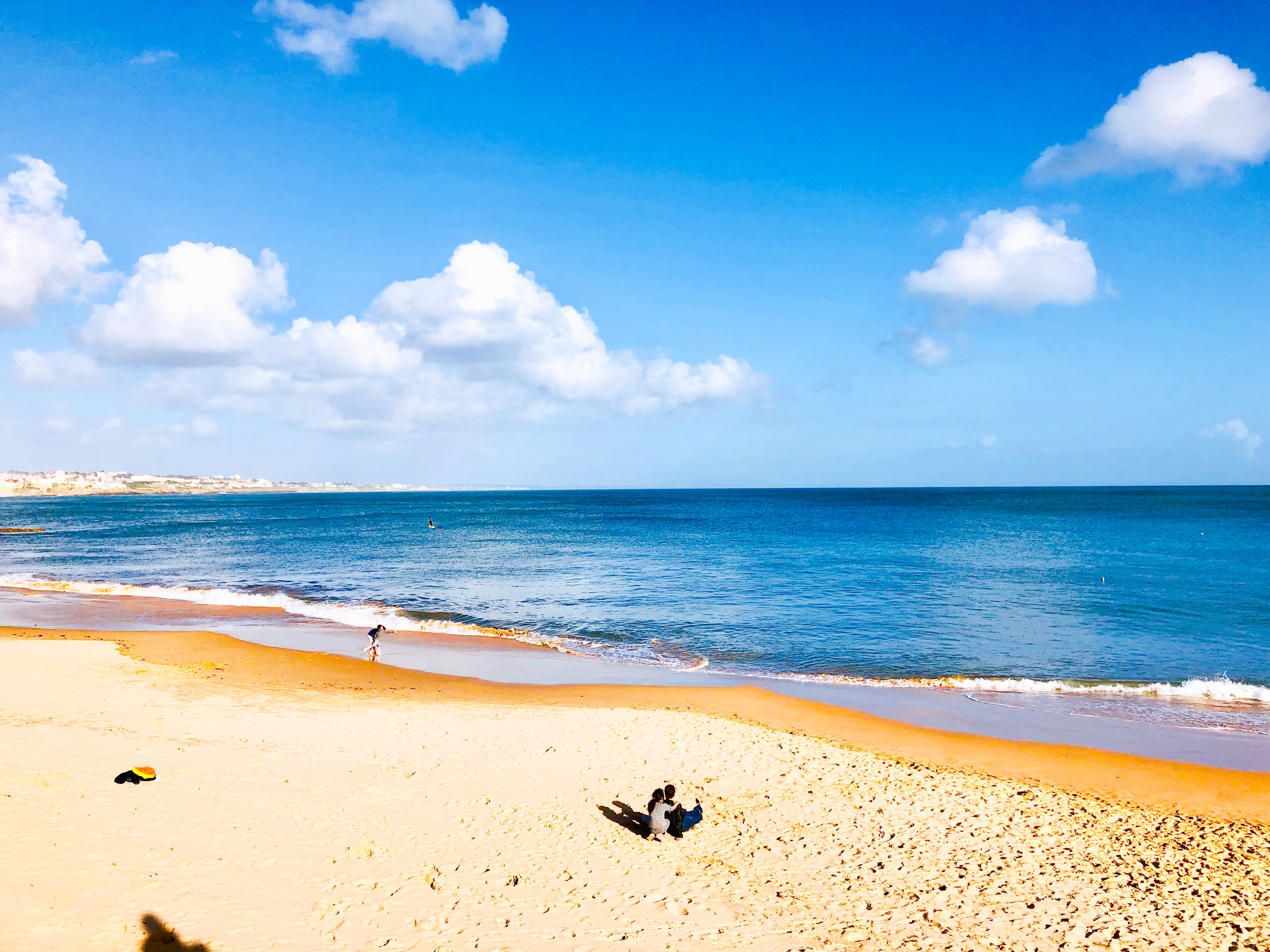 The Best Destination to Wander the Charming Streets

Cascais offers the best of both worlds since is a quick drive from the big city of Lisbon. Even the Portuguese royal family used to vacation here centuries ago to escape the hustle and bustle of city life. The best way to experience the charm of Cascais is simply to start wandering the streets.

The area is small enough to walk all of Cascais by foot. As you stroll through you’ll come across trendy eateries, beachfront cafes, and fashion-forward boutiques. If a more natural getaway is on your mind, just spend your time exploring the Sintra-Cascais Natural Park. The park’s 145 square kilometres will keep you busy during a trip to Cascais.

Surfing in Nazare is not for the faint of heart. In fact, some of the world’s best surfers struggle with the massive waves. There have been tons of surfing records set here since it is home to the biggest waves known to man. At one point in history, the locals feared the waves of Nazare before they started surfing them.

The best beach for big waves in Nazare is Praia do Norte; there is an underwater canyon beneath the water that can be thanked for the enormous breaking waves. If you’ve never tried surfing before, Nazare might not be the best place to learn. There are a few beginner-level surf camps in the area, but destinations like Peniche and Cascais are better suited for beginners.

The Best Place to Learn About Local Fishing Traditions

The proud people of Nazare have stayed true to their traditions throughout the decades. This is especially true of the local fisherman who set out on their boats before dawn each and every morning. They come back in the afternoon with nets teeming with fish, greeted by their wives at the dock. Spending a day in Nazare is the best way to learn about Portuguese traditions of the past.

A Surfer’s Paradise… and So Much More

Visiting one - or all - of these 5 coastal towns in Portugal is the ultimate way to surf the world’s best waves. But that’s not all you’ll experience during a trip to Portugal. Whether you choose Lagos for its beginner rolling waves or Nazare for its massive breaks, your time spent off the water will be just as fulfilling. 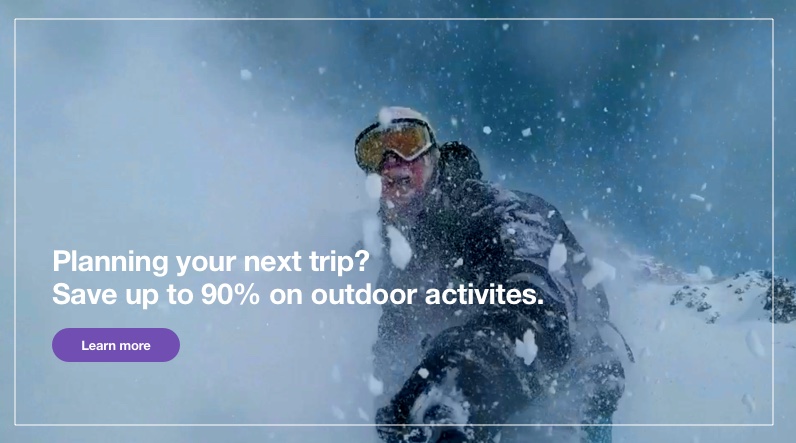 For some people, planning a vacay means surfing the best breaks in the world. For others, it’s all about powering up with a challenging vinyasa flow every morning. But what if you want both? Well, ...

Tamarindo, Costa Rica: An Intro to Surfing and Surf Camps

Tamarindo is a must-visit destination for anyone hoping to see all of Costa Rica’s wave-riding hotspots. This town is known specifically for being home to some of the best beaches in the area, but ...

Jaco, Costa Rica: An Intro to Surfing and Surf Camps

Out of all the surf spots in Costa Rica, Jaco Beach is one of the best. Scratch that… it’s one of the best in all of Central America, and some might even say in the world. Although that last part i...

With its rugged tropical coastline and world-class breaks, Costa Rica attracts surfers from all over the world and all walks of life. Many of them head straight to Tamarindo, but for more low-key, ...